With its judgement of July 14, 2021 (Case No. T-488/20) the General Court of the European Union rendered a decision on an application for registration of a three-dimensional EU trademark consisting of the shape of an oblong lipstick case that is flat on one side with rounded ends. The mark sought protection for “Rouges à lèvres“ (lipsticks) in class 3 and has an application date of October 19, 2018.

The EUIPO refused registration and the refusal was upheld by the Board of Appeal of the EUIPO based on absolute grounds for refusal, namely a lack of distinctive character.

The General Court decided that the shape of the three-dimensional mark significantly departs from the norms and customs of the lipstick sector and has distinctive character. Therefore, the refusal based on Article 7 Section 1 lit. b) European Union Trademark Regulation (EUTMR) was unjustified.

Assessing whether or not a trademark differs from the norms and common shapes in the market remains a difficult issue and may depend on the particular market sector. Now, with the decision from the General Court, an additional relevant and rather predictable factor can be added to the assessment, which is whether a design includes a surprising element that will be perceived as different from the norm and will serve as an indication of origin. Neither novelty nor an aesthetically appealing design will be sufficient to fulfil the requirement of serving as an indication of origin.

In the present case, the Court found the surprising factor to be that the lipstick represented by the mark was designed in such a way to prevent it from being able to stand in an upright position.
To increase chances of three-dimensional trademarks being registered by the EUIPO, the chosen shape of the product should include uncommon features. In view of the restrictive practices of EUIPO it also is advisable to parallely file design registrations for the product and/or to seek protection with the trademark offices of the EU member states and to expand protection country-by-country. 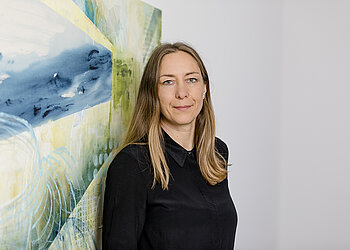