Influence on Influencers: The Federal Supreme Court rules not all posts must be labelled as advertisement

The discussion about when and how Instagram influencers need to mark their posts has been going on for a while. Decisions of lower courts in Germany were inconsistent and never provided a clear guideline.

Now, the German Federal Supreme Court (BGH) has ruled on influencer posts in three parallel decisions No. I ZR 126/20, I ZR 125/20 and I ZR 90/20 that were rendered upon appeals against decisions of the appeal courts in Munich, Hamburg and Braunschweig. BGH decisions provide more a framework for advertising posts rather than detailed instructions. Influencer posts referring to producers of depicted products through “tap tags” without setting a reference to advertising are permitted as long as the content is not “exaggeratedly promotional”. For links, the situation is different.

BGH has not decided in detail how to label such posts that are advertisements but held that notifications in the body text of a post are not sufficient to lead out of surreptitious advertisings, if they are not highlighted in view of the other wording of the text.

Even after three parallel decisions of the German Federal Supreme Court, the legal requirements for influencer posts are still not entirely clear. Besides, BGH may adapt its case law after the upcoming reformation of German Unfair Competition Law in 2022. For the time being, the three decisions have established guidelines for evaluating if a post must be labelled.

The main criteria is and will be if the influencer has received a compensation for the post. Tap tags as such do not automatically lead to the assumption of an advertising surplus and therefore not to an obligation to label the advertisement. In contrast, a link to the producer of the tagged product does create a problematic surplus.

To evaluate whether consumers understand the commercial purpose of a post at first sight, several aspects have to be taken into account. These are inter alia: How many followers does the account have? Is it a verified account (blue tick)? How many likes do the posts of that account in general get? How expensive are the promoted products? The less obvious an influencer is using the account primarily for business purposes, the more attention must be drawn to the promotional nature of postings. To be on the safe side, influencers should label at least such posts, which are not obviously commercial at first sight.

Notifications in the body text of a post are often not sufficient to lead out of surreptitious advertisings, especially if they are made in hashtag clouds or not highlighted in view of the other wording of the body text. In this regards, BGH has not set guidelines in the three decisions. With the previous case law of the District Courts, such notifications have to be separated clearly from the rest of the body text. Besides, influencers should use a wording that discloses the commercial purpose and the relationship to their clients clearly. Notifications like #ad are not sufficient. 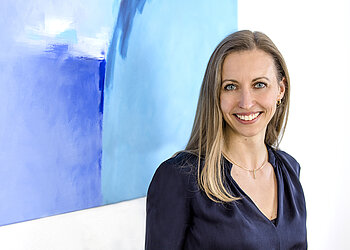