2. PatModG: We highlight what you don't want to miss

On August 17, 2021, the Second Act of the Simplification and Modernisation of German Patent Law (“2. PatModG”) was published and delivered some important amendments to the existing law that we highlight for you here.

The act entered into force on August 18, 2021 but amendments that require adjustments to the IT systems of the German Patent and Trademark Office (GPTO) will enter into force on May 1, 2022. The general objective was to ensure effective and balanced levels of protection of industrial property rights, and, with a view to advanced digitalization, to simplify procedures, to clarify provisions of existing law and to delete superfluous or obsolete regulations. Individual aspects of existing law were intended to be optimized and modernised in order to align national procedures with international standards.

One of the most extensively discussed amendments is the change to Section 139 of the Patent Act, which now includes an examination of the proportionality of the injunctive relief in infringement proceedings. An incentive for including this stipulation had been to fend off unreasonable claims of non-practicing entities ( known as patent trolls). In particular, each individual case must be reviewed to conclude whether the right to injunctive relief would lead to an unreasonable hardship not justified by the exclusive right. The requirement of good faith and any interests of third parties also must be taken into account. On the other hand, to compensate for this limitation of the right to injunctive relief, the right to damages for the patent proprietor now includes a compensatory claim in the form of appropriate compensation.

Although it remains to be seen how the new regulation will develop in the future, it seems that no paradigm shift will occur: Injunctive relief will remain the rule, the provision of Section 139 I 3 PatG is only an exception. Essentially, the corrective already existed in accordance with the case law of the German Federal Supreme Court (BGH, judgement of May 10, 2016; Docket No. X ZR 114/13, GRUR 2016, 1031 - Wärmetauscher) and has now only been codified. However, some aspects of the new Section 139 differ from the previous situation. Firstly, the interests of third parties will be taken into account with a lower threshold than for the compulsory license. Further, the framework for the exceptional cases is newly defined and gives leeway for future developments. The consideration of all circumstances in the individual case is left to the jurisdiction. The new law deliberately refrains from specifying concrete legal consequences for case constellations in detail.

The preparatory discussion to the law mentions the following exemplary aspects that may have to be assessed in the context of the individual assessment of the proportionality:

2. Closing the “Injunction Gap” – Section 83 of the Patent Act

The German patent system is characterized by the separation of nullity proceedings on the one hand and patent infringement proceedings on the other hand (the so-called principle of bifurcation). The question of infringement of the patent and the question of invalidity of a patent are examined and decided in separate proceedings and by different courts. The infringement judge is bound by the facts of the granted patent and is not authorized to question the validity of the patent. The judicial review of (legally binding) granted patents is the responsibility of the Federal Patent Court in the first instance and the Federal Court of Justice on appeal. Up to now, nullity proceedings usually take much more time than infringement proceedings, and it is therefore not uncommon for an injunction to be imposed on the basis of a patent that later proves to be legally invalid. An alleged infringer may suffer significant economic drawbacks by a provisionally enforced injunction because claims for damages that can be asserted later in the event that the patent in suit is declared invalid, in most cases do not fully compensate for the results of being squeezed out of the market due to the injunction.

In order to achieve a better synchronization of the timing of the two proceedings, the qualified notice under Section 83 Patent Act, by which the Federal Patent Court communicates its preliminary assessment of the legal status of the patent, shall be issued within six months after filing the nullity action. If a patent case is pending, the qualified notice shall be transmitted ex officio to the infringement Court, so that the infringement Court then regularly has a corresponding notice of the Federal Patent Court before the oral proceedings, which can be taken into account when deciding on a stay of the infringement proceedings.

3. Corresponding application of the German Act on the protection of Trade Secrets

The new Section 145a of the Patent Act draft stipulates applying more detailed provisions of the Law on the Protection of Trade Secrets of April 18, 2019 in the patent process. In patent litigation, confidentiality interests of the parties can be affected and can form a conflict of interests in Court proceedings. On the one hand, there is an interest also in using confidential information to substantiate the party's own legal positions in the legal dispute. On the other hand, such information should as far as possible not be disclosed in order to not impact its own competitive position. In order to achieve a better balance of this conflict of objectives, the newly provided Section 145a of the Patent Act stipulates a corresponding application of the procedural provisions of Sections 16 to 20 of the Law on the Protection of Trade Secrets in patent litigation. For example, protected information must be treated confidentially by the parties to the proceedings and may not be used or disclosed by them outside of court proceedings. The court may also restrict access to documents or to the oral proceedings to a narrow circle of persons upon request.

4. Official hearings, oral proceedings and hearings of witnesses via ViCo

Starting from May 1, 2022, for procedures under the Patent Act, the Utility Model Act, the Trade Mark Act, the Design Act, and the Semiconductor Protection Act, the option of participating in hearings, proceedings, and giving evidence by means of image and sound transmission shall be provided by analogously applying Section 128a of the Code of Civil Procedure. Parties can participate in sessions by video conferencing in suitable cases to be decided by the GPTO. It will still be possible to physically be present in order to participate in the sessions on site.

5. Extension of the period for PCT applications to enter the national phase

The period for PCT applications to enter the national phase will be extended from 30 to 31 months from the filing date or priority date, as the case may be. In future (entry into force: May 1, 2022), applicants will have one more month to pay the fee for entry into the national phase at the GPTO and, if applicable, to submit the German translation of the application (Article III sections 4 and 6 of the Act on International Patent Conventions).

The 2. PatModG is intended to strengthen the reputation of Germany as a location for the protection of intellectual property in the field of industrial property. In particular, dealing with the injunction gap will most likely be seen as a big step forward. Despite all concerns in the preparatory phase, it is not expected that the amended Section 139 of the Patent Act will have a negative impact on the enforceability of claims to injunctive relief under normal circumstances. Of course, in future cases attorneys will have to raise the issue of proportionality and the costs might augment. However, the courts will develop strategies for effectively dealing with the respective plea. 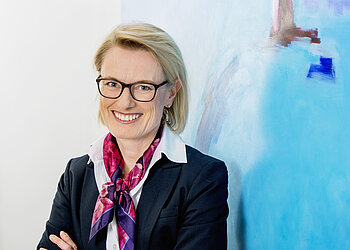