Can you recognize a product by its sound?

On July 7, 2021, the General Court rendered a decision on a European Union Trademark (EUTM) application for a sound mark reminiscent of the sound made when opening a beverage can. The initial pop was followed by about one second of silence and then a sparkily bubbling sound lasting about nine seconds(case T-668/19, Ardagh Metal Beverage Holdings GmbH & Co. KG ./. EUIPO). Although the applicant initially also sought protection for “metal containers for storage and transportation” in class 6, the judgment only concerned the various beverages in classes 29, 30, 32, and 33.

The application was rejected by the European Union Intellectual Property Office (EUIPO) examiner in the first instance and his decision was then upheld by the Board of Appeal which confirmed that the trademark applied for was no indication of trade origin.

The General Court sided with the previous instances, saying that the sound mark lacks distinctive character, irrespective of the question if the beverages for which trademark protection was sought were carbonated or non-carbonated

Although approximately 75 percent of the sound marks applied for since 1996 were granted protection, the recent decision also confirms the reluctance of the EUIPO and the EU Courts to register non-traditional trademarks, in particular as they might have a functional connection to the goods and services for which protection is requested. Considering this trend, the decision does not come as a surprise. However, the Court’s assertion, pursuant to which the applied for sound mark is also incapable of serving as an indication of commercial origin for non-carbonated beverages, is at least questionable.

The initial hissing opening sound reminds of the sound of escaping gas. Such a sound typically occurs when opening a can or bottle which contains a carbonated drink. You would not hear this sound when opening a bottle of still water. It is therefore questionable if such a sound can be considered as a “purely technical and functional element” even with regard to cans or bottles, which do not contain carbonated drinks.

While one might be prone to agree with the Court’s assumption that the sound of sparkling pearls will be “immediately perceived by the relevant public as an indication of beverages,” it should also be considered that non-carbonated beverages do not make such a sound. Consumers would therefore not expect to hear this sound when opening a can or a bottle filled with a non-carbonated drink. It could therefore be argued that the element of surprise, which lies in the opening hissing sound and the subsequent sparkling sound, both indicating the presence of carbon dioxide, confers distinctiveness to the sound mark insofar as non-carbonated drinks are concerned.

Considering the reluctance of the EUIPO and the EU Courts to accept non-traditional trademarks, which could have a functional connection to the goods and services covered by the trademark application, applicants should strive to make sure that their sound marks will not remind the public of any sound – or a variation thereof – which would typically be linked to the goods and services in questions. A typical example named in this context is the noise of an engine for motorized vehicles.

Even though the General Court pointed out that sound marks do not have to depart significantly from the norms or customs of the relevant sector, this statement is not necessarily true when it comes to sound marks which could remind the public of a (functional) sound that they are accustomed to hearing or would expect to hear in connection with said goods and services.

Finally, applicants should make sure that their sound mark has a certain recognition value to allow the public to perceive and memorize it as an indication of commercial origin. The sound should neither be too short nor too simple, as in case of the rejected sound marks of VW and Suzuki. 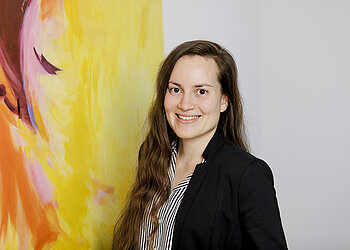