In part II of this series, Tommy Großkreutz and Dr. Markus Grammel shine a spotlight on the closest prior art (CPA) and how it is selected.

As discussed in recent posts, when assessing whether a claimed invention involves an inventive step in accordance with Article 56 EPC, the European Patent Office (EPO) almost exclusively applies the so-called problem-solution approach, during examination as well as opposition proceedings. To summarise the problem-solution approach essentially requires three steps:

1)    Determining the closest prior art;

2)    Establishing the objective technical problem that the claimed invention solves over the closest prior art;

3)    Determining whether the claimed invention, when starting from the closest prior art in attempting to solve the objective technical problem, would have been obvious to the skilled person.

It is readily clear from these steps that the choice of the CPA, as the starting point for examining inventive step, is intimately linked to the formulation of the objective technical problem since the problem is based on the distinguishing technical features, which may vary depending on the CPA at hand. The CPA also greatly influences the assessment of obviousness, since it marks the starting point (“springboard”) of the skilled person towards the invention. Therefore, the selection of the CPA can be decisive for the outcome of the inventive step assessment. Hence, it does not come as a surprise that the choice of the closest prior art, more often than not, is a highly contested topic, in particular in opposition proceedings.

In this blog post, we examine the criteria for choosing the CPA and the number of CPA documents that may be considered.

According to established case law, there are two main criteria for choosing the CPA document.

First, the CPA should be a document that discloses subject matter that is conceived for the same purpose or aims at the same objective as the claimed invention. Second, the CPA should require a minimum of structural modifications to arrive at the claimed invention, i.e. share the most technical features with the invention. In recent decision T 1148/15, the Board summarized (see
T 1148/15, r. 4.2):

“The case law of the boards of appeal has established criteria for objectively identifying the closest prior art. When applied properly these should normally prevent unrealistic starting points being used. The case law has emphasised the following two main criteria (see CLBoA, section I.D.3 and decision T 0698/10, point 3 of the Reasons):

(a) As a first criterion, the closest prior art should be related to the claimed invention, in the sense that it should disclose subject-matter conceived for the same purpose or aiming at the same objective, corresponding to a similar use, or relating to the same or a similar technical problem or, at least to the same or a closely related technical field.

(b) As a second criterion, the closest prior art should disclose subject-matter having the greatest number of technical features in common with the claimed invention, i.e. requiring the minimum of structural and functional modifications.”

Typically, the Boards of Appeal have given the first criterion more weight for choosing the CPA (see Case Law, 9th edition, I.D.3.2), since the assessment of inventive step should be made based on real-world circumstances. And what prior art could reflect real-world circumstances better than a piece of prior art that tries to address the same overall problem that the invention tries to solve?

For instance, in case of a second medical use invention (“Compound X for use in the treatment of disease Y”), the CPA is typically a document that is concerned with the treatment of the same medical condition (i.e. same purpose), and not a document that discloses the same compound (see T 2571/12, r. 4.2). Notably, this reasonable practice recently has been called into question in decision T 2443/18. According to this decision, it appears that a CPA that is concerned with a completely different purpose (here treatment of a different disease) may also be taken as a starting point for the skilled person.

It is also important to note that the “purpose or effect” that is taken into account for choosing the CPA (first criterion) is not the technical effect that is associated with the distinguishing technical feature, based on which the objective technical problem is formulated. Rather it is the purpose and effect that is associated with the invention as a whole that is relevant for choosing the CPA (see T 1148/15, r. 4.7.2). The general purpose of the invention often is found described in the introduction of a patent or patent application, where typically the technical background and challenges prior to the invention are described.

While these considerations suggest that in any given case there is only one CPA (typically a single document) that comes closer to the claimed invention than any other prior art (THE closest prior art), this is not necessarily the case. In some decisions, the Boards of Appeal have even held that the term “closest prior art” is misleading altogether as all documents that allow a realistic inventive step attack may be considered as CPA (see T 405/14, r. 19 and T 2443/18, r. 2.6-2.8). In T 405/14, the Board rejected any “metric”, according to which a finding of inventive step vis-à-vis a CPA would allow the conclusion that the claimed invention would a fortiori involve an inventive step over any other prior art that is not as close to the invention, i.e. further removed from the invention. Rather, the Board emphasized that experience teaches that the claimed invention may also follow in an obvious way from an “apparently less promising item of prior art”.

Naturally, if we consider that there may be not only one starting point for the assessment of inventive step, this brings us to the question of how many CPA documents, in the sense of prior art documents used as a starting point for the problem-solution approach, may be considered in EPO proceedings. From an applicant/proprietor perspective this means how many documents one has to fend off in examination or opposition. As an opponent, this means how many different CPA documents, and thus, how many different problem-solution approaches is one allowed to present to attack the patent.

From an opponent’s perspective, it is desirable to hedge one’s bets and raise more than one inventive step attack so that at the end of opposition proceedings at least one attack will succeed. Should the Opposition Division not consider one CPA as a reasonable "springboard" towards the claimed invention, the opponent could still rely on a different CPA. Opponents therefore often try to argue for multiple CPA documents. Given the more restrictive Rules of Procedure of the Boards of Appeal, opponents are even further incentivised to file all evidence and attacks at the very beginning of opposition.

However, given the limited amount of time and resources, in recent oral proceedings, Opposition Divisions tend to hear attacks for lack of an inventive step only based on only one, or at most very few CPA documents. This restrictive practice finds support in T 320/15. In this decision, the Board held that the “problem-solution approach” is not the forum in which the opponents can freely develop various attacks based on diverse prior art documents in the hope that one of them will succeed. The decision is now cited in the Guidelines for Examination (GL EPO, G-VII.5.1).

This practice of the Opposition Divisions and the Boards of Appeal, raises the question whether denying an opponent the opportunity to present an inventive step attack based on various CPA documents violates the fundamental right to be heard according to Art. 113 EPC. The Enlarged Board of Appeal has addressed this question in a petition for review. In decision R 5/13, at least for appeal proceedings, the Enlarged Board of Appeal held that even though the right to be heard has to be guaranteed at all stages of the proceedings, the principle of procedural economy also has to be taken into account, in particular when applying the “problem-solution approach”. Notably, in R 5/13, the Enlarged Board also held that a petition for review is not the place for a review of the application of the problem-solution approach, which is a matter of substantive law. Accordingly, the Enlarged Board did not conclude on whether the problem-solution approach must exclusively start from a single CPA document, or whether multiple CPA documents have to be taken into consideration. However, this decision shows that being prevented from presenting oral arguments on further CPA documents does not necessarily constitute a violation of the right to be heard.

Thus, as we have seen, there are two positions in play with regard to the number of possible starting points for the problem-solution approach. On the one hand, following T 320/15, opponents are not allowed to freely develop as many attacks as they want, based on a diverse set of CPA documents, so to speak in a shotgun approach, hoping that at least one attack will stick. On the other hand, the Boards have recognized that there is not necessarily a single CPA document and a claimed invention might very well lack an inventive step over multiple documents chosen as starting points, including even some documents that prima facie seem so far removed from the invention that they could not possibly lead to the invention in an obvious way. Of course, which of these positions should be emphasised in legal argument very much depends on whether one acts as an applicant/proprietor or as an opponent.

As an opponent, if one relies on multiple CPA documents, it is recommended to argue that all CPA documents constitute equally valid starting points. If this is not shown, an Opposition Division may deny attacks based on more than one CPA. In any case, at the latest in oral proceedings, opponents should be prepared to put all eggs in one basket and to present arguments on the basis of only one CPA. At this point, additional lines of attack, previously submitted in writing, could be at least explicitly maintained by referring to the written submissions.

As an applicant or proprietor, it can be very helpful, and often decisive, to steer the inventive step discussion away from certain documents. Undue fishing expeditions on the opponent’s side may be addressed by relying on the principles established in T 320/15. Depending on the circumstances, one may be able to limit the discussion to a specific, preferred CPA based on the two key principles discussed above.

As we have seen, the selection of the (one or more) CPA documents is the gatekeeper to any inventive step argument in the EPO. Making the right selection is often crucial for success. Given its importance, there is a comprehensive body of case law on this matter, which does not however provide a one-size-fits-all solution. The right approach has to be carefully chosen in each individual case, since it sets the stage for the following step in the problem-solution approach: Establishing the objective technical problem, which we will discuss in the next part of this series. 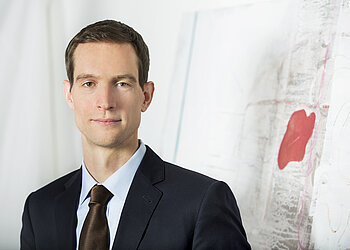 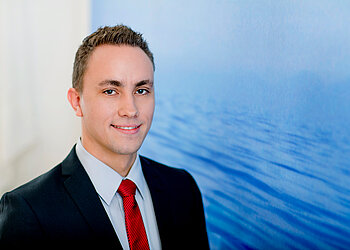