In proceedings at the Federal Patent Court and the German Patent and Trademark Office (GPTO), parties who do not have a residence, a principal place of business, or an establishment in Germany must be represented by a domestic representative. The domestic representative can be a patent attorney or a lawyer and needs to be entitled and authorized to represent his or her client.

Proof of authorization is made by filing an authorization document that needs to be signed by the client or by a person entitled to act on behalf of a client. However, the GPTO and the Federal Patent Court need to consider deficiencies of an authorization of a patent attorney or lawyer only when such deficiencies are asserted, which can be done at any stage of the proceedings.

Since the lack of a valid authorization can adversely affect the ability of a representative to act on behalf of his or her client, there are cases where parties try to delay proceedings by asserting deficiencies of the authorization of their counterparty’s representative. Thus, there can be some dispute about authorizations.

In a decision (11 W (pat) 32/19, “Method of hot forming”) that was published on the web page of the Federal Patent Court on January 13, 2022, 11W (pat) 32/19 the court has clarified the requirements for the proof of the authorization of a domestic representative.

The court considered the filed documents as sufficient evidence for the domestic representative’s authorization. According to the court, it would violate the opponent’s right to effective legal protection if a complete evidence for the chain of authorization leading to the domestic representative in the form of original documents were required. The requirement to enable effective legal protection and a fair trial was said to also prohibit the court from unreasonably reducing the enforcement of substantive law by imposing excessively strict requirements for the proof of an authorization.

Additionally, the court has decided that the requirements for the proof of authorization were not increased by the assertion of a deficiency of the authorization of the opponent’s representative by the patentee. According to the court, it is obvious that the patentee’s objection was raised out of the blue and without any factual reason only in order to delay the decision of the court. This was considered as an abuse of proceedings that should not be rewarded with any advantage.

In summary, the Federal Patent Court has decided that, as a general rule, it is sufficient for a representative to submit the original of the document that legitimizes him or her to act at the Federal Patent Court and to file copies of other documents and excerpts of registers confirming the chain of authorization. This also applies to cases in which the counterparty asserts deficiencies of the authorization, but only totally unexpectedly and obviously only for the purpose of delaying the proceedings and hindering a decision on the merits of the case. 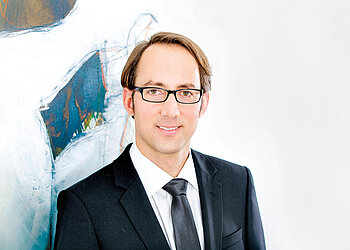